After a distinguished career in public education teaching English and journalism, Roger Dixon entered the Charleston School of Law in 2006. While in law school Roger served two externships as a law clerk with the Charleston and Colleton County Public Defender’s Offices, where he gained valuable experience in criminal law and criminal trial practice. Roger also won the law school’s Cali Award for Excellence in Domestic Relations, became trained as a volunteer Guardian ad Litem, and was awarded the Charleston School of Law Pro Bono Award for his dedication to public service.

With 15 years of experience in the field of public education, Roger is particularly skilled in representing clients in dispute with public schools, especially with regard to students with special needs, students charged with crimes in schools, truancy, suspensions, expulsions, and teacher/district relations.

Prior to attending law school, Roger earned a Master’s in Teaching English from The Citadel in 1996. He also received a master’s in English from Middlebury College’s Bread Loaf School of English in 2006, where he received awards for his work in developing learning communities committed to youth leadership, the arts, and social advocacy. Those awards include:

After receiving his Juris Doctor from the Charleston School of Law in December, 2010, Roger founded Dixon Law Firm, LLC in Charleston, SC. During the time Dixon Law Firm, LLC has had its doors open, Roger has successfully negotiated and handled numerous criminal cases as well as divorce, custody, support, visitation, and juvenile crime cases including cases involving the Department of Social Services. He also participated as a private Guardian ad Litem providing insight that assisted with the resulting case resolution.

The main geographical area of practice for Dixon Law Firm, LLC is Charleston, Berkeley, Colleton, and Dorchester counties; however, Roger has successfully handles cases in Orangeburg, Hampton and Beaufort counties as well.

Roger Dixon and his wife, Elizabeth Dixon, currently live in Charleston with their five children.

Kaity Needs is a Law Clerk for the Dixon Law Firm, LLC. Kaity started with the Dixon Law Firm, LLC in early 2019, prior to beginning her legal education at Charleston School of Law. Kaity attributes her success in several courses to the knowledge and experience gained through firsthand practice working in the law firm.
In addition to handling client intake, case management, and day to day interactions with clients, Kaity manages and drafts discovery requests, assists in drafting answers and counterclaims, and aids in drafting various family court documents. She also corresponds with a range of courts, prosecutors, and private attorneys.
Kaity is originally from Ohio where she earned a bachelor’s degree in Psychology and Women’s Studies from Ohio University, was the President of Phi Sigma Pi National Honor Fraternity and became certified in survivor advocacy and trauma response. Kaity enjoys remaining active in advocacy and leadership through her work with ACLU of South Carolina, Alliance for Equality, and If/When/How.
In her minimal free time Kaity enjoys dining at local Charleston restaurants, yoga, visiting the beautiful beaches, and spending time at home with her cat Mimi. 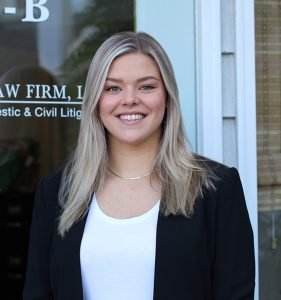 GET OUR APP TODAY!

Leave Us A Message

Dixon Law Firm, LLC was founded in 2010. Attorney Roger Dixon has 15 years of experience as a teacher in public schools. This experience laid the groundwork for civil litigation against systems that impact people’s lives. He works in a variety of legal areas and understands the sensitive nature of cases that involve children.

Dixon Law Firm, LLC was founded in 2010. Attorney Roger Dixon has 15 years of experience as a teacher in public schools. This experience laid the groundwork for civil litigation against systems that impact people’s lives. He works in a variety of legal areas and understands the sensitive nature of cases that involve children.